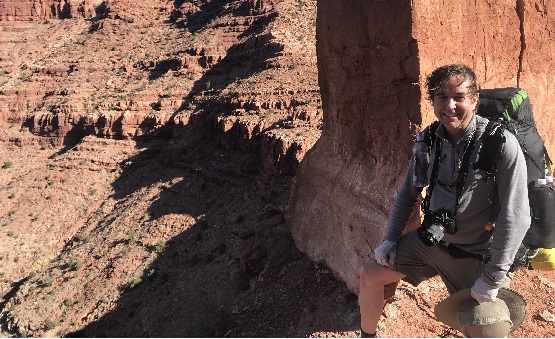 I have almost three decade’s experience as a technical writer, webmaster, web developer, software developer, and internet marketer. Over the years, I’ve consulted for Cray Research, Sun Microsystems, Intel, Tektronix, and many others.

“WindWriter is a term I coined to combine something I loved, Windsurfing, with what I did, writing (software and computer documentation). It’s also a play on the name of a popular windsurfing magazine – WindRider.”
– Ed Bustya

WindWriter Software is a company that Ed Bustya started in 1990 and incorporated in 1993. At the time, he was writing user documentation for computers and computer software.

Online Documentation Before the Web

Ed has been involved with the web since it first gained traction in the early 1990s. Before that, he built dial-up Bulletin Board Systems (BBS’s, remember those) and specialized in writing online documentation and help files for major software and hardware companies like Sun Microsystems, Cray Research, Intel, Tektronix, Hewlett Packard, and Central Point Software (PC Tools for Windows). He championed and designed on-line help systems long before they became popular in Windows and on the Web. His expertise in markup languages and online help enabled him to become a webmaster for Cray Research in the very early days of the web. As the web evolved, so did his work. He progressed from writing and maintaining web pages by hand to developing and designing enterprise-wide interactive documentation with dynamic pages derived from information stored in a distributed database.

In those days, web pages, or the code that generated them from a database, were written by hand. These days, it’s much easier to set up a website using ready-made packages like WordPress and using theme templates to configure the design. But you still have to know what to setup, and which themes will help rather than hinder your SEO efforts. You also have to know what to put on the site, and where, to make it most effective.

Ed originally started the WindWriter Software website in the 1990s to promote his internet hosting service.He wouldd build websites for clients and then host them on a  co-located server. My “server” was a Windows NT server running O’Reilly’s WebSite software. In order to connect it to the internet, he paid to have it sit in a dark, dusty closet of an Internet cafe in Portland, Oregon. They had a T1 line, which was the fastest type of connection to the internet. Back then, it was fairly difficult to connect remotely to a Windows server, especially since Ed was using a dialup connection from home, so he regularly had to go downtown to sit in the closet to do system admin functions.

Starting in about 2005, the site served as a host for my wildlife and nature photography business until Ed moved most of that to EdsNatureImages.com.

Now, you’re looking at the site Ed uses to promote his web marketing and design services. WindWriter helps businesses, primarily local businesses, establish a dominant presence on the web in order to improve their business online and off.